Angitha Pradeep analyses the impact of Abu Dhabi’s efforts to encourage greater collaboration between the private and public sectors, and what it means for future projects

In September 2020, the Abu Dhabi Investment Office (ADIO) issued new public-private partnership (PPP) procurement regulations to support greater collaboration between private and public sectors in the emirate. This follows Abu Dhabi’s announcement earlier this year to procure approximately $2.7 billion worth of infrastructure partnership projects under Ghadan 21 – the emirate’s accelerator programme which drives development by investing in business, innovation, and people.

“It provides greater clarity to the private sector when engaging with the government during the procurement and development phase of any major PPP project,” he says.

“In addition, ADIO has also published the Partnership Projects Guidebook as an extension of the regulations to provide a holistic overview of the processes for the development, procurement, and management of partnership projects in Abu Dhabi. The guidebook will help improve the ease of doing business and support public and private sector entities in delivering projects in a transparent, timely and efficient manner.”

The new regulations, which come under Abu Dhabi’s 2019 Public-Private Law (Law no.2 of 2019) is a concrete first step towards the development of a transparent PPP approach to strategic projects in Abu Dhabi, says Nida Raza, head of Capital markets, MENA at JLL.

“This will indeed have wide-ranging implications for the entire UAE as it will be used as a reference tool to be adopted as required by other emirates,” she says, adding that the establishment of ADIO and the guidelines should give significant comfort to investors looking at long term stable investment in the UAE.

Al Dhaheri states that ADIO collaborates with government departments such as the Department of Municipalities and Transport (DMT) to identify, develop and procure infrastructure partnerships, and has made significant progress in developing a sizeable pipeline of PPP projects.

“In March 2020, DMT – Abu Dhabi City Municipality awarded a contract to Tatweer for the replacement of 43,000 streetlights in the capital with energy-efficient LED lights. The tender, assisted by ADIO using Abu Dhabi’s PPP framework, was the first street lighting replacement project to be delivered using this model in the UAE,” he cites as an example of this collaboration.

Raza adds that it is critical that the first few PPP transactions awarded under these new guidelines are carried out according to the guidebook and a well-publicised transparent process.

“UAE has done a few PPP projects in the energy and utility sectors, but each has been unique in its procurement and award process. However, the new guidelines and projects under this umbrella will follow a harmonised approach since investors have historically shied away from investing many millions of dollars in submitting a bid to an unclear and opaque process. This has resulted in fewer repeat bids for similar projects by the same investors,” she explains.

Meanwhile, Andrew Ward, director for Advisory Services at Alexander Mac, points out that the UAE has strong PPP credentials in specific sectors.

“Within utilities, DEWA is known for effectively utilising PPP to deliver renewable energy and desalination projects.  I would expect to see the continued role out of the PPP model across this sector. Transport projects (road, rail, airports) have previously been discussed on several occasions but have yet to come to fruition.”

Looking ahead, Raza says that ADIO’s intention should be to encourage long-term foreign direct investment (FDI) into the country.

“Developed countries have established asset managers who are required to invest in long-term stable assets critical to the country the asset is domiciled in. These new regulations and ensuing projects will provide further opportunities for asset managers to invest in the same asset classes (energy, infrastructure, aviation, healthcare, education, etc.) but in a different and new country or region.

“Developed countries typically see c.60-75% of their PPP projects funded through the private sector. It brings FDI, jobs, and accelerates the vibrancy of the economy. It also provides alternative forms of liquidity to the market with the ability to issue public forms of capital (project bonds, securitisations, green bonds, etc.),” she adds.

Additionally, Ward points out that PPPs provide governments with budgetary flexibility, allowing them to spread the cost of infrastructure over a long-term period.

To this end, Al Dhaheri acknowledges that due to the large scale of PPP projects, they create demand for expertise and skills, and consequently, an increase in employment activities.

“The very nature of Abu Dhabi’s PPP framework is based around infrastructure investment costs to be spread over the life of the asset, thereby enhancing financial sustainability and flexibility for both the public and private sector,” Al Dhaheri concludes.

All change at the top for Emaar 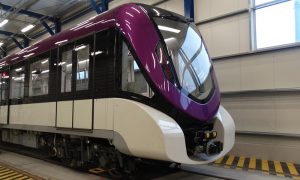