Hotel supply in the Middle East and Africa (MEA) region continues to grow as more than 560 properties have been registered, while 147,700 rooms are under construction in July, a report has found.

However, Africa registered a decline in hotel supply growth for the month of July, with 145 hotels currently under construction, which represents 26,467 rooms, down 7.1% compared to July 2017. A total of 48 properties (representing 8,490 rooms) were registered in the final planning stage, down 2.2% compared to the same month last year.

Opinion: How we can attract and retain talent within the UAE’s construction market 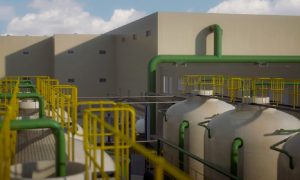 Water security and digitisation high on Acciona’s agenda at WFES

RTA to leverage drones for inspection of Dubai Metro tunnels