Execs from Lite-Tech Industries and Luceco explain the advantages

Jerusha Sequeira sits down with Khalid Nashashibi (KN), general manager at Lite-Tech Industries, and Venkat Raman (VR), general manager MENA at UK-based manufacturer Luceco, to find out why the construction industry should switch to LED.

Q. Why should developers consider installing LED lighting on projects, when it’s often much more expensive than other alternatives?

KN: LED lighting saves on power consumption, which means saving on power generation. Power generation is mostly subsidised by governments. Lighting in general contributes to about 25% of your utility bill, so if you save 50-60% of this amount, we’re talking about saving billions of dollars at the government level.

How much LED saves on power consumption varies depending on whether you’re using incandescent, halogen, metal halide, neon or CFL bulbs. If we’re talking about incandescent, halogen or metal halide, you’re saving about 85% of the consumption. If you’re talking about neon or CFL, then you’re saving about 50%. Apart from reducing the power consumption of lighting itself, you also save the cost of replacing light bulbs, because with LED, you’re talking about a minimum lifespan of three-ten years, depending on usage. Another advantage is that conventional lighting using halogen or metal halide generates a lot of heat. This increases the cooling requirements of the surroundings, thereby driving up air-conditioning usage. With LED lighting, this doesn’t happen, so you are saving electricity on air-conditioning usage as well.

Q. What are the advantages of LED from a facilities management and maintenance perspective?

VR: The biggest advantage for LEDs in general versus conventional lighting is in terms of working hours. LEDs can last up to 50,000 burning hours, so the number one benefit is in lamp replacement. You will not have to replace lamps as frequently as you would when using conventional lighting. This helps you save on maintenance and labour costs to replace lights, as in big commercial buildings, lights are generally replaced all in one go.

The true cost of conventional lighting is the maintenance over its lifetime, replacement labour, lamp outlay and disposal costs. With LED, these costs don’t exist, so we call it a ‘fit-and-forget’ solution.

Q. Where do you see opportunities for growth in the market for LED?

VR: At the moment, the frontrunners in the industry are the hospitality sector. They are the ones picking up LED the fastest. This is because in the hospitality segment, lights are on pretty much 24×7, so they need the power consumption to be less. Commercial buildings are also adapting to LED now because they have the lights burning at least for 18 hours a day, as common areas are functional throughout.

Another opportunity we’re seeing is in catering to refurbishment projects. Eight to nine out of every ten new projects are seeing LED lighting installed. But a major chunk of the market is in refurbishment. We have recently undertaken a project for Jumbo Engineering, where we refurbished all their existing offices with LED lights, and we will be doing the Jumbo Electronics showrooms in the next phase.

Q. What considerations should you bear in mind when buying LED lighting?

KN: Not knowing how to buy LED lights is the main problem most customers face, and you find that 95% of people don’t know how to buy LED lighting and how to compare between different options. It’s important to understand how LED lighting works. Several items make up an LED lamp. You have the chip itself, the heat sink where you dissipate the heat coming from the chip, the driver, diffuser and, sometimes, you have reflectors. You also have the surroundings. All these factors play a role in the result you get out of an LED fixture.

Firstly, you have to consider the reliability of the source that you’re buying the chip from. The second factor is the driver. If the driver is made from bad components, it will not last long. It will heat up and get burnt, and it cannot work for long hours continuously, which will affect the lighting. If there is no protection for the driver, it will burn the LED.

The third factor is the heat sink. If the heat dissipated from the chip cannot be dispatched through the heat sink, which is mostly aluminium, then it will heat up and stop working. Number four, the diffuser. A diffuser, depending on the type, can make a difference of up to 30% on the output light you’re getting. Therefore, the quality of the diffuser is very important, because you need to have the maximum light coming out.

If you don’t understand the role of each of these four components and ensure the quality you’re buying, you are not putting your money in the right place. Some people buy LEDs, and after a short time they throw them away and go buy another one.

Q. Is LED lighting just as effective in outdoor applications?

VR: For exterior lighting, LED is not up to the mark when you compare with indoor applications, frankly speaking. The main drawback for LEDs is heat. Heat and LED lights don’t go well together. For outdoor applications, the ambient temperature requirements in the Middle East are a minimum of 50 degrees. Certain applications, such as sports lighting in stadiums, also need very high power. I can see some of our competitors are coming up with products for this. However, at Luceco we don’t want to be in a hurry. I personally don’t recommend that LED be used for sports lighting applications, and also street lighting to an extent.

KN: It is effective, but it’s not easy because of the heat. You need to have more testing and experiments before you release your product to the market. Heat dissipation is very important. When dealing with chips of reputable brands, you don’t have to worry about it, but you need to have well-designed products for outdoor use.

Q. Is the outlook bright for LED lighting in the Middle East? Or will the initial cost of investment still be a deterrent?

KN: The market is certainly moving, but not as fast as in Europe. In Europe, in three years, LED’s share moved from 10% to 75% of the lighting market, whereas here, in three years, it moved from 5% up to 25%. Luckily enough, in the UAE particularly, the government itself is driving the change and encouraging people to go for LED.

The main reasons behind slow adoption are less education, less awareness and too much money. The industry is not as concerned on the whole about long-term savings. If you have education and awareness, you will know that the initial price of LED lights may be four or five times more compared to conventional, but at the same time, you will spend more down the line to replace CFL lights.

Despite this, it seems to me in the GCC and even in the poorer countries of the Middle East like Egypt or Jordan, people will eventually move to LED. Governments now are aware of the huge cost of generating electricity, and it makes a big difference for them. It’s a waste of resources, which could be invested in education, health and so on. Governments will now start to push LED, and start implementing LED lighting in their government buildings, and industries will eventually follow suit.

“When it comes to airports, LED-based solutions have become prevalent because of their potential to aid visibility for pilots, which significantly improves safety,” says Raghu Seelamonthula, global solutions leader – Airport Systems at Honeywell.

Another key advantage in choosing LED over incandescent, of course, is in terms of energy saving. “For instance, 100 taxiway lights on a 20,000 series circuit with 125 secondary cables can see energy consumption reduced by up to 50% when compared to incandescent lighting.”

For other circuits and lighting types, energy savings can range between 30% and 60%, he notes.

In addition, the longevity of LED lights compared to halogen lighting also helps reduce down time by decreasing the amount of time spent on maintenance, he says. This leads to an increase in the number of landing slots available per year at the airport. Given the large traffic volume at airports like Dubai International, LEDs bring in significant benefits and savings.

However, there are considerations to bear in mind when installing LED lights, Seelamonthula says. “It is important to recognise that LEDs are one of many components in a lighting system, and that the long-term reliability of the system depends on all of the various parts which provide desired functionality on the optical, thermal and electrical level.”

One of the main challenges that continues to hamper more widespread adoption is that the energy-saving benefits of LEDs in retrofit projects are not as high as in greenfield projects, since the cost of resizing existing circuits is significant, he notes.

When asked how projects using LED outperform those that don’t, Seelamonthula points out that because the technology has been introduced to the market relatively recently, there isn’t sufficient field information available to fully validate the claims.

Looking ahead, some of the major trends he sees impacting the industry revolve around wireless power or contactless energy, wireless data communication and the Internet of Things. “These technologies can simplify circuits, making them easy to install and operate.” 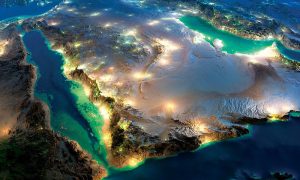 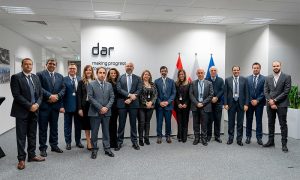 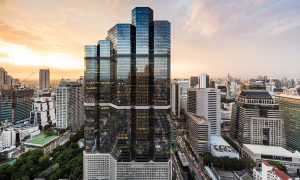 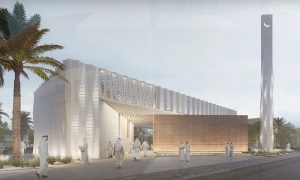 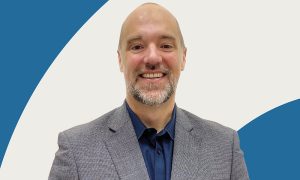 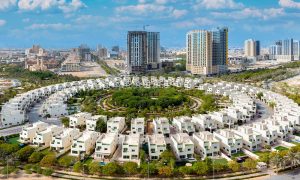 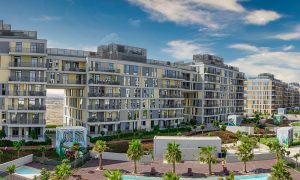 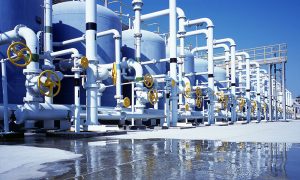 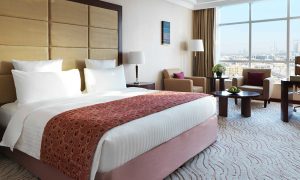