It’s easy to think of a quantity surveyor’s work as purely concerned with costs and quantities in a construction project. While that is an essential element of the role, good quantity surveyors go above and beyond the dictionary definition of the job, professionals in the field insist. They can add value to projects, offer advice to clients and bring expertise to a wide range of construction activities.

However, this knowledge is often lost on contractors in the UAE and GCC, who don’t seem to realise the added value that quantity surveyors can bring on board, Big Project ME has learned.

Additionally, with a multicultural workforce on construction projects in the GCC, there’s bound to be a wide range of educational backgrounds. This brings to the fore another worrying trend: there is no uniform standard of quantity surveying expertise across the board.

The RICS, originally established in the UK, is a worldwide body providing accreditations, qualifications and standards in property and construction. By offering its members the chance to attain chartered status, the RICS ensures that quantity surveyors are regularly and rigorously trained, and abide by the standards of the organisation.

But what is the value for a contractor in seeking the services of a chartered surveyor?

“He is able to apply those skills and add value to the clients across a wide range of construction activities, not just measurement,” he says.

The RICS was established in the Middle East in 2007, and currently has about 3,500 members in the MENA region. Over 95% of its members are in the GCC, with the highest concentration in the UAE and Qatar.

The body offers three levels of membership: MRICS (Member), FRICS (Fellow) and AssocRICS (Associate). Members with the MRICS and FRICS designation are known as chartered surveyors.

“We need our members to show both an academic qualification and work experience. Those members that may not have academic experience need to demonstrate a longer period of working experience,” Jackson says.

In order to attain chartered status, candidates need to undertake a combination of examinations, written submissions and an interview assessment by a panel of qualified members. At the end of the process, they should be able to demonstrate technical, professional and ethical standards.

“When we assess quantity surveyors to be chartered, we have what we call three levels of competencies. Level one is the technical competencies. We need to make sure that an applicant has a broad range of skills,” Jackson notes.

The second level involves applying the knowledge learned, while the third is advising clients. “This is where the real value comes in for a RICS-chartered quantity surveyor. They can actually use their skills and competencies to advise their clients and to advise their own companies, so it’s taking the application of their skills one further level.”

Although quantity surveyors in the region may be technically sound, they often lack broader skills and competencies, Jackson says. “Very few of them can demonstrate that they can apply their knowledge and offer advice, and therefore real value, to their clients. That to me is one of the shortcomings across the Middle East at the moment; the true value of a quantity surveyor has been lost.”

Are private companies, however, seeing the benefits of having a more qualified staff?

Steven Batchelor, FRICS and Operations Director – Abu Dhabi at Faithful + Gould, seems to think so. “We encourage all our staff to aspire to RICS membership as a minimum,” he says. “We will support them, we’ll set a structured training agreement with our candidate, and we’ll assist them with their training.”

Faithful + Gould also encourages quantity surveyors on its payroll to enroll in a quantity surveying degree at the bachelor’s or master’s level at Heriot-Watt University in Dubai, which is RICS-accredited. The company gives employees study leave to prepare for exams as well as financial assistance.

This kind of employer support is crucial for prospective candidates becoming RICS-qualified, Jackson stresses, as on-the-job training is a vital component of becoming a chartered member. “A lot of emphasis is actually put on [candidates’] employers to try and give them a structured training in the workplace,” he says.

Although there may be long-term professional advantages, not all are equally convinced that joining the RICS can benefit them. Heinrich van den Bergh, senior quantity surveyor at ALEC, currently isn’t affiliated with any professional organisations but says there’s nothing stopping him from joining in the future.

“The only reason I haven’t done it yet is it wouldn’t help within my own company,” he says. He adds that while it may not grant him a promotion with his employer, it could provide added value when looking for a new job, seeking to move abroad or starting up an independent practice.

Training and professional development aside, a key reason for more surveyors to obtain certifications is so that there can be a uniform standard across the industry, something direly needed at the moment.

“Because the GCC is a melting pot, you’ve got people coming in with different training and backgrounds, and they all think what they know is correct,” Batchelor says.

For those without a quantity surveying degree per se, obtaining RICS membership is a good way to receive more training in the field, explains his colleague Simon Millman, MRICS and Regional Director – Dubai at Faithful + Gould. But in essence, it is simply about being able to demonstrate that you have a standard, Batchelor notes.

Higher standards aren’t just beneficial for quantity surveyors; they can help governments in the region by introducing more consistency in the industry, thereby making it easier to regulate.

“We are talking to governments about a wide range of standards now, in both the real estate sector and the construction sector, and some of the problems and the lack of standards that exist across the region,” Jackson says.

“Many of them do now recognise the need for consistency in technical standards. They also recognise that there’s a need now to improve the professional standards of people working in the construction and quantity surveying professions.”

For instance, a major issue caused by the lack of standards is the absence of a uniform means of construction measurement, he notes.

Luay Azzam, executive director of construction consultancy N. E. Azzam & Partners, has first-hand experience with this. Developers and clients often have different terminology for what they consider to be the built-up area of a project, leading to disparities and potential disputes. “We deal with various clients everywhere, and every client comes up with a different method. If we have something standardised, this will create consistency,” he says.

Different measurement standards can create glaring inconsistencies, particularly in the property management sector. Research from JLL shows that a property’s floor area can deviate by up to 24% depending on the method used.

“Quite simply, the floor space of buildings is measured inconsistently in countries across the globe, so it doesn’t allow cost jurisdiction comparison. The problem with this in the Middle East is even worse, because we have professionals from every corner of the globe coming in to these markets and using their home standards.”

To tackle this recurring problem, the RICS worked with a coalition of other professional bodies to create an International Property Measurement Standard. It was successful enough that the World Bank requested a similar standard for the construction sector to create a single and consistent means of measuring construction quantities, Jackson says.

The new standard could potentially replace the current one largely in use in the Middle East, the Principles of Measurement (International), or POMI, published by the RICS in 1979. Although used widely in the region, the POMI is a bit outdated, Azzam notes.

Van den Bergh, on the other hand, notes that the disparity in standards isn’t a huge problem currently for quantity surveyors in the UAE because POMI is fairly standardised in the country. However, he admits that the system could use some updating. “There is scope to add some additional items to POMI.”

It is not a stretch of the imagination to consider the disputes that could arise as a result of discrepancies due to different standards, and this is certainly something the region needs less of at the moment. In a 2013 report, EC Harris said that the Middle East had the highest value of construction disputes by region in the world in 2012, clocking in a total of $65 million. Disputes also took the longest to resolve in the Middle East, taking an average of 14.6 months.

“On the property side, about 60% of the disputes that we’ve seen relating to real estate are concerning space-related disputes,” Jackson says. “The same thing applies with construction measurement standards. Every party needs to be clear about which standard they’re using [so] there’s less chance of disputes.”

Governments in the region are now taking note of the issue, Batchelor says, citing the example of the Dubai Land Department last year adopting the International Property Measurement Standards, developed by a coalition of professional bodies including the RICS.

With more and more international contractors and consultants working on projects, often across national borders, this trend towards standardisation can only be good for the industry, Jackson concludes.

“It becomes much more transparent. Particularly as we see now a lot of the work being done by international consultants and contractors, all working across jurisdictions, it just makes absolute sense.”

The move to BIM

Acquiring BIM expertise is becoming increasingly important for quantity surveyors in the region, although the GCC has been relatively slow to adopt the technology and realise its full value. But as more and more projects in the GCC specify the use of BIM, the rics has started offering courses in it. However, the technology is not being used to its full potential, Jackson says.

“What we’re sadly seeing in some contracts is that BIM is just being used as a bolt-on. The traditional methods of contract management and project management are still being used, and BIM is then being populated and the data input retrospectively. Therefore, none of the parties are getting the true value of BIM.”

While quantity surveyors aren’t being forced to use BIM in the region, Azzam says it will become the norm pretty soon. Moreover, effective use of BIM requires collaboration between different stakeholders, he adds.

“You need people to come together [and] start talking in the same language, with the architect producing the drawings and layers in a way that the quantity surveyor understands them and is able to extract the required information from them. So still there is more to be done.”

But BIM’s collaborative nature is its best part, Jackson points out. “That’s one of the hidden benefits that BIM does bring, it forces the parties to work more collaboratively on projects.” The reason why BIM uptake has been slow so far might have to do with the recent recession, Batchelor points out. “BIM’s still in its infancy here in the GCC. We’re just coming out of a recession here to start with, so the industry has been quiet for a few years.”

While it won’t be the norm for another five to ten years, clients will eventually see its value, he adds. “Things are starting to move positively forward. if there hadn’t been a recession, no doubt everybody would be embracing it, it would have been a natural progression. But as they’re all slightly coming out of their shells again, it is taking a while to foster.” 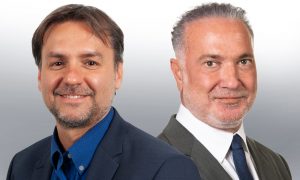 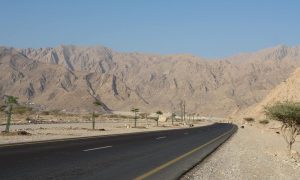 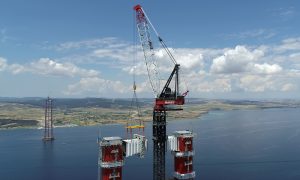 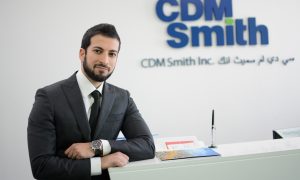 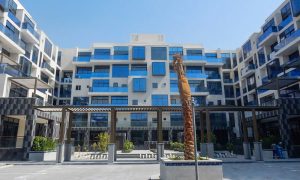 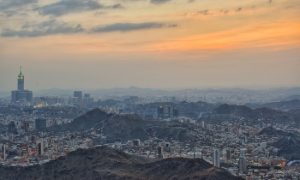 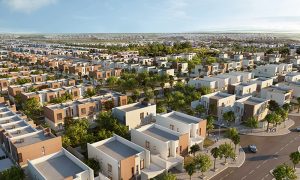 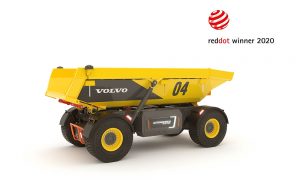 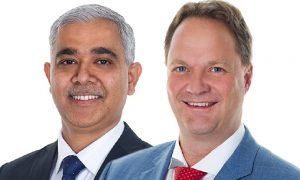 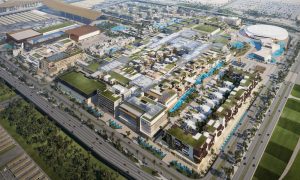