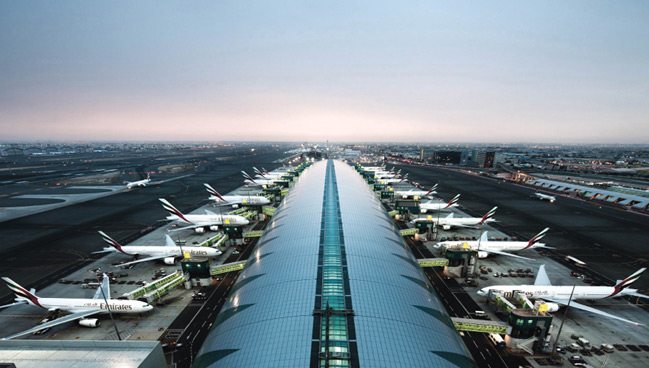 Can a non-energy sector generate nine billion dollars annually for a country?

If reports – current and historic – are to be believed, then the answer is yes. American state Georgia’s farms sold $9.3 billion in agricultural products in 2012; the American digital advertising market in the same year was also worth $9.3 billion, as could be, potentially, the UAE’s bullish logistics market by the end of 2014.

A report compiled by Dubai FDI, the foreign investment agency in the Department of Economic Development (DED), estimates that the UAE’s logistics market will be worth $9.3 billion – by the end of 2014.

The “ongoing expansion of the transport infrastructure has further brightened investment prospects in the logistics and related sectors in the emirate,” continues the report, which was released in March 2014. It added that Dubai is the third largest re-export hub in the world.

It is only natural to draw parallels between the steady expansion and enhancement of the country’s – especially Dubai’s – transport infrastructure and the growth of the UAE’s economy.

According to the Dubai FDI report, “Dubai provides the best connections to a quarter of the world’s population.”

Speaking at a conference held at the Dubai World Trade Centre in May 2014, chairman of the board and executive director of the Roads and Transport Authority (RTA), Mattar Al Tayer admitted investment in transportation has been the key driver behind the growth of Dubai.

“The Dubai Metro is the backbone of our transport network due to the ease of access it provides along with its advanced linkage systems that allow the RTA to efficiently address emergency situations,” he says. “More than $80 billion has been invested in Dubai’s infrastructure, of which, $20 billion alone is dedicated for transport.”

The significance of the UAE’s investment into the transport sector is best understood when viewed as a part of logistical network the country’s leaders are aiming for. Constructed in the late 1970s, Jebel Ali Port in Dubai, with a capacity of 13.1 million TEU (2013) is the busiest and oldest port in the country. Ninth on the World Shipping Council’s list of the global top ten container ports, Jebel Ali Port is also the world’s largest man-made harbour.

The UAE also boasts the region’s first semi-automated container port – the Khalifa Port in Taweelah, which is between Abu Dhabi and Dubai. It clocked a capacity of more than 1 million containers in October 2013.

This milestone is a crucial one for the UAE and Abu Dhabi, given Khalifa Port only began commercial operations in late 2012.

“It is critical, therefore, to connect Jebel Ali Port to Khalifa Port and with Saudi Arabia, Oman and other such key trading zones through road, rail and airport networks to enhance its success as a logistics hub,” Dr Ziadat explains.

“Khalifa Port intends to support its industrial zone largely with the aim of diversifying Abu Dhabi’s economy,” he continues. “KIZAD is a great driver for Abu Dhabi; like the Industrial City of Abu Dhabi (ICAD) in Musaffah, it will focus on attracting non-oil and gas industries.”

Jebel Ali Port and Khalifa Port are both being viewed as the conduits that will drive not only their respective emirates, but also the UAE towards an infrastructural boom that can sustain an economy independent of oil transactions.

Each port is supplemented by free zones – JAFZA) and KIZAD – which offer investors the benefits of full ownership and tax exemptions.

In April 2014, KIZAD announced the completion of the first phase of the KIZAD Logistics Park (KLP); the anticipation preempting this development is visible from the fact that 83% of phase one’s total area (34 out of 41 units) was pre-leased to local and international companies. KLP, when fully complete, will cover an overall area of 118,965 sqm.

“Today, the global logistics industry is estimated to be worth $300 billion, so it’s not surprising that logistics and supply chain management is increasingly becoming a hot topic of interest in the UAE,” says Engineer Khaled Salmeen, CEO of KIZAD. “We have seen a number of logistics and supply chain investors coming into KIZAD to take land to build their own facilities and now we are seeing the same interest in our pre-built facilities.”

Notably, companies moving into KLP as part of their phase one purchase hail largely from the non-hydrocarbon sector, and include players from fields of logistics services, publishing, media, foodstuff and construction.

“Diversification is a large part of Abu Dhabi’s Vision 2030,” Dr Ziadat admits. “The capital is working towards moving away from its dependence purely on oil & gas and downstream petrochemicals, and is looking to invest into other industries such as aluminium smelting, steel manufacturing, aerospace industries and other light industries as well as trade, cultural tourism, and so on.

“One of the major challenges of diversification, however, is to ensure that an industrial development is created and supplemented through an efficient and reliable transport network including ports, airports and road and rail connections.”

The 1,200KM-long Etihad Rail network has been one of the UAE’s most touted projects since early 2013. The $11 billion development, starts at the UAE’s western region, and will span through the country to connect Abu Dhabi with Dubai, Sharjah, the UAE’s other northern emirates and Fujairah. Phase II of the project, will see work undertaken to connect Musaffah in Abu Dhabi with Khalifa Port and Jebel Ali.

“At Atkins, we started working on the national transport plan in late-2008, which was completed in 2010,” Ari Ali, regional director of transport planning at Atkins Middle East tells Big Project ME. “It was a set of proposals and transport policies (which) we prepared on behalf of, and in collaboration with the National Transport Authority (NTA). The study required us to create a multimodal transport model for the UAE’s road, freight, bus, water transport, rail and other such networks, bearing in mind the expected population growth in the country within the next 20 – 25 years (2030).

“A package of measures in this study included suggestions for road and highway improvements, and a proposal for the formation of a rail network too,” Ali reveals.

The UAE is not alone in its drive to enhance transportation for better logistical facilitation. Saudi Arabia is actively working to upgrade its rail network, and Oman is steadily moving ahead towards the establishment of its railway and metro lines. Srinath Manda, program manager for the transport & logistics sector at Frost & Sullivan’s MENA operations says that a set of transport networks to link the GCC countries could greatly boost inter-trade in the region.

“Most imports made into the GCC countries continue to go through the Jebel Ali Port at some point,” Manda says. “In that sense, a connectivity between the countries already exists. The onus is now on the other GCC countries to progress with their rail plans so the GCC Rail network can commence on schedule, or as close to deadline as possible.”

Dr Ziadat echoes Manda’s views on the benefits of an inter-GCC network to unite the logistical capacities of the region; more importantly, he points out the extension of those benefits on trade within the countries and their collective GDP. “Inter-trade in Europe accounts for about 60% of its GDP; most of their operations are internal, and only 40% of their GDP comes from trade with the rest of the world.

“However, inter-trade accounts for no more than 20% of the Middle East’s GDP. I’d say that’s more due to a lack of connectivity and the associated infrastructure than any other factor.

“The countries are now seeing value in such (united) rail networks, and it isn’t impossible to imagine a rail network which, sometime in the future, will stretch from Kuwait and Saudi Arabia through the UAE, Bahrain, Qatar and Oman, to extend towards Yemen, Iraq and Turkey,” Dr Ziadat theorises.

Clearly, the logistics boom in the UAE is here to stay. According to a report by The National, an existing warehouse within Zayed Port will be transformed into a permanent cruise terminal with a capacity of ‘at least three vessels simultaneously’ by the end of 2016.

Furthermore, A bus network is being planned in Abu Dhabi to bring in as many as 1,000 buses across 50 new bus stations. To Dr Ziadat, these initiatives by government authorities are a natural move towards attaining the logistical capacity the UAE has scope to capitalise on.

“It’s a bit like the chicken and egg situation,” he says.

“Trade investments and development depend on infrastructure to be adequately optimised and enhanced, but the creation of this infrastructure in itself requires substantial investment and commitment.

“The holistic master-plan for the Northern Emirates for 2030, which we carried (prepared) for the UAE’s Ministry of Public Works also looks at transport connectivity of the Northern Emirates with the rest of the UAE. To gradually link all networks – airports, rail networks, metros, bus networks and so on – will take time, but it will happen.” 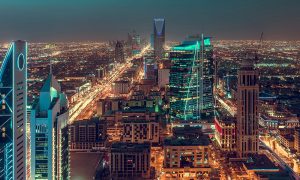 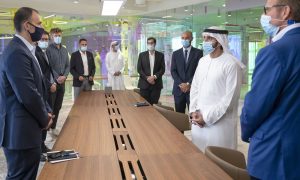 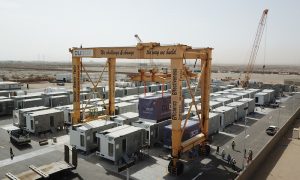 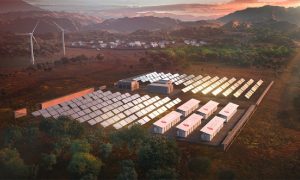 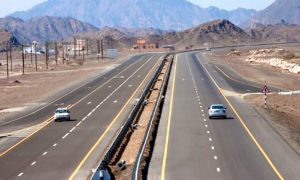 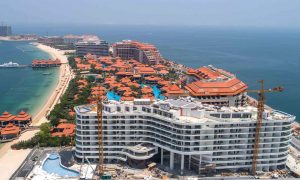 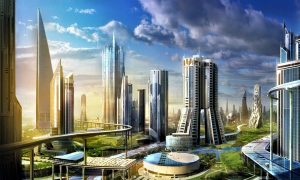 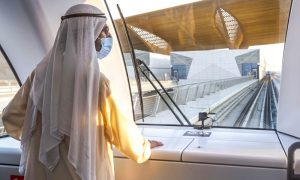 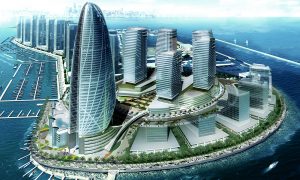