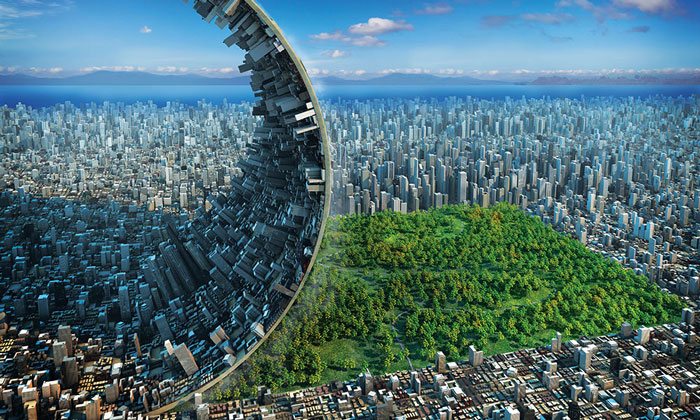 Sustainability in the built environment space has gathered a lot of steam in recent years, and it’s easy to see why. According to a recent UN World Urbanisation report, more than half of the world’s population (54%, to be exact) is now living in urban areas – a first in human history. Looking beyond that already eye-opening number, the report forecasts that this will swell to 66% by 2050. This means cities will have to grow significantly to accommodate new residents, jobs and other demands, which in turn means additional pressure will be put on the already stressed environment and natural resources.

Growing urbanisation, along with new legislation from governments and independent agencies, is driving developers, consultants and contractors to embrace sustainable design, materials and building techniques. Managing construction waste as well as a project’s impact on the environment through its entire lifecycle has also become a concern for many in the industry. It’s safe to say that sustainability has moved beyond being just a buzz word or a marketing tool.

“From my experience, sustainability within recent years has begun to be a more desired and focused goal for clients and developers. Clients have realised that sustainability is not only a marketing tool, but will add benefit to the ongoing operation of a project. Thus, sustainable design is being considered at the initial design stages and holistic approaches are taken to implement this within the project,” explains Michael Boyle, senior sustainability consultant at AESG.

Nick Constantine, senior surveyor, Project and Building Consultancy at Cavendish Maxwell, agrees with Boyle but notes that the approach to sustainability varies from one developer to the next. “The trend we are seeing is that larger developers take a more holistic approach, engaging consultants at an early stage and aiming to exceed the minimum green building specification set by the government. Smaller developers, however, are generally constrained by their targeted internal rate of return (IRR), especially with sales prices plateauing and construction prices gradually increasing in recent years. This has resulted in smaller developers often only implementing the minimum standards required to obtain their building completion certificate.”

Education is Key
Despite the positive strides towards sustainability, all the consultants here note that there are still many industry players in the region that remain unconvinced or limit their efforts to minimal compliance. Converting these stakeholders is important, and governments can continue to play a significant role in driving the adoption of sustainable practices.

“Governments and independent bodies have been pushing the sustainability agenda across the GCC. There have been several collaborative efforts; government, industry, private and communities are working together to make a big impact, in line with the future vision of the GCC. As with many places around the world, necessity drives demand for sustainable solutions. The necessity for non-reliance on non-renewable energy sources to fuel our built environment, economy and society can drive this collaboration to raise awareness and change the behaviour within the region, to build a self-driven sustainable future,” comments Hala Yousef, senior ESD consultant at Cundall Middle East.

Huda Shaka, associate director – Middle East Planning Team at Arup, adds, “The role of regional governments can be multi-tiered. On a strategic level, setting an ambitious sustainability vision backed by robust strategies and plans to achieve specific targets at a city/country level sets the right policy framework, and provides incentives for the public and private sectors. This needs to be coupled with minimum sustainability requirements for projects (buildings, communities, infrastructure), which are enforced and regularly updated to respond to growing awareness. Investment in outreach, training and research is also essential, and this can also be supported by independent non-government bodies.”

Generally speaking, the industry appears to be moving in the right direction; however, local legislation and infrastructure has to keep pace to enable tangible changes. AESG’s Boyle points out, “With the introduction of legislation, such as the DGBR and Estidama systems, the construction sector is certainly moving in the right direction. However, the feasibility of implementation of legislation should also be considered. Examples include the provision of sufficient infrastructure for recycling of construction waste, and the availability of materials that meet the criteria required to comply with both legislation and optional voluntary rating systems, such as LEED, that clients may choose to target for their projects.”

“There is more work to be done both on legislation and enforcement. Sustainability requirements at a building scale are gradually being introduced into regulations and building codes throughout the GCC, such as Estidama and Saa’fat. There is, however, less guidance on sustainable development at a community or city scale. In order to have sustainable urban development, regulation must cover all scales of developments and develop an integrated and holistic approach,” Arup’s Shaka notes in agreement.

Conversely, Cavendish Maxwell’s Constantine reckons that cities like Dubai are paving the way for other cities in the region. “Legislation such as the Dubai Green Building Regulations and Specifications – which were introduced by Dubai Municipality in 2011 for government buildings and extended to include private buildings in 2014 – have provided a much-needed foundation to encourage developers, contractors and consultants to incorporate sustainability into their projects. I am confident that such legislation will be expanded upon and updated in the future, in line with the Dubai 2020 Urban Master Plan and Dubai Integrated Energy Strategy 2030.”

Unique Regional Challenges
Approaching sustainability in the Middle East presents an interesting challenge to industry players, as projects broadly speaking tend to be quite large in scale, and the region is prone to extreme weather, which means cooling is a high priority. Both these factors have the potential to handicap a project’s sustainable potential before it even gets off the ground. However, it is possible to mitigate these challenges, and this starts with consultants getting involved with projects early in their lifecycle.

Cundall’s Yousef explains, “We take a very early approach in ensuring sustainability is embedded in our projects across the GCC. Early client engagement to regionalise the issues mean regional solutions are thought of, which may not be conventional, and therefore require the client’s engagement – and buy-in – to adopt such conceptual changes and integrative design strategies.”

“During the concept stage of a project, passive design measures are a key consideration in reducing the heat gain in buildings. Building orientation, massing and shading can be optimised to reduce heat gain, and thus reduce the associated cooling load. Energy modelling is a useful tool in assessing the anticipated energy consumption of a building and testing the impact of energy-saving conservation measures on the overall consumption,” notes AESG’s Boyle.

Arup’s Shaka reckons that the sustainability challenges inherent to the Middle East encourage firms to innovate with their approach to projects. “The large scale of projects offers a unique opportunity to implement holistic and strategic sustainability thinking and gain synergies across systems. The high cooling requirements during summer months is a reality which needs to be factored in and mitigated, to the extent possible, through good design – and through challenging norms, in some instances.”

A Question of Cost
Higher cost has traditionally been one of the key factors that stakeholders in the construction segment cite with regard to their hesitance towards sustainability. In reality, the higher initial investment ultimately results in lower running costs once a project has been completed.

“Very often, with the correct design input and lifecycle analysis, the initial higher capital costs of building a sustainable property are offset by the reduced operating costs. In the GCC, the typical development model is to sell the property, not retain and operate it. This means that the developer does not benefit from the lower operating costs and has to pass on the higher initial cost to the end user via higher sales prices. Although people are generally becoming better informed of the benefits of purchasing a higher-priced property which has lower long-term operating costs, there is still much work to do to ensure this way of thinking becomes commonplace,” says Cavendish Maxwell’s Constantine.

On the flip side, AESG’s Boyle is convinced that the costs associated with green building and sustainable operations are exaggerated. “The cost associated with integrating sustainability features within new developments is often highly overestimated. With existing regulations such as the Dubai Green Building Regulations, Estidama, etc, and the ever-increasing market for green building products and suppliers, the cost impact of designing and constructing a green building can almost be negligible.”

A Green Future
Sustainable construction has caught the attention of stakeholders in the industry, and it appears that demand will only rise in coming months, driven by market realities and other influences.

Cundall’s Yousef explains. “Increasing utility prices and budget constraints will in the long term have a positive impact on sustainability demand in the region. Traditionally, CAPEX had been the biggest focus of developers; however, a shift in thinking is starting to emerge, in looking at the overall lifecycle impact sustainable design will have on a development. Hence the emergence of CAPEX and OPEX being looked at side by side will only grow in the region.”

AESG’s Boyle believes new government initiatives will also support sustainability drives. “The recent Shams Dubai initiative allows individual private solar photovoltaic systems to connect to the grid and feed in excess power, and this has resulted in an increase in private installations, due to the improved financial feasibility.

Opportunities will also come from new building rating systems and regulations. Within Dubai, the Al Sa’fat Rating System may be implemented any day, which will offer new buildings the opportunity to target differing levels of certification in reward for the voluntary implementation of sustainable design and construction requirements.”

He concludes, “Another new building rating system focusing on the well-being of building occupants, the WELL Building Standard, has also been released, and there are currently eight projects that are already registered within the UAE. AESG have two WELL-accredited professionals, both of whom are local WELL faculty members, and we anticipate the uptake of the WELL certification to grow in the coming years.” 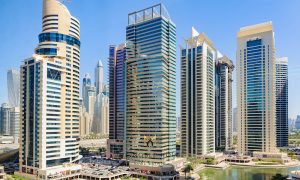 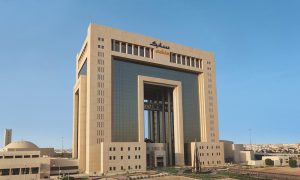 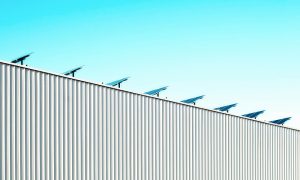 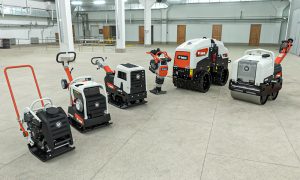 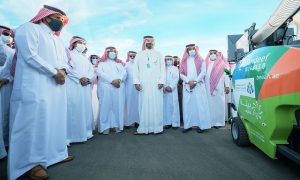 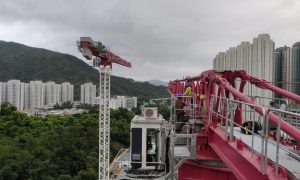 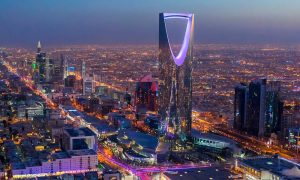 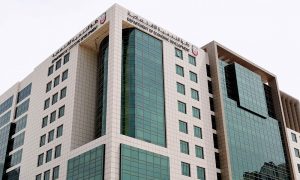 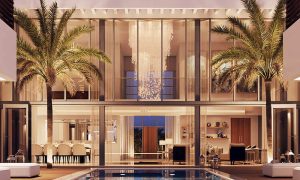